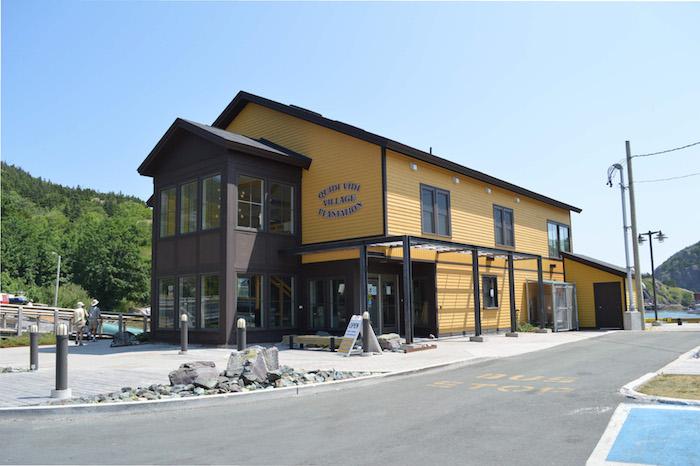 There is no shortage of must-see destinations for tourists and residents alike when they visit historic Quidi Vidi Village, from the picturesque harbour itself to nationally-recognized restaurant Mallard Cottage.

But the Quidi Vidi Village Plantation, opened after the city’s 2006 acquisition of Eli’s Wharf, is a standout even among those stars. The Plantation provides working and selling space to 10 emerging artisans, serving as an incubator for local talent. The Plantation is supported in partnership between the Anna Templeton Centre for Craft, Art and Design; the Craft Council of Newfoundland and Labrador; the City of St. John’s; the Government of Newfoundland and Labrador; Atlantic Canada Opportunities Agency; and Royal Bank of Canada.

Along with other initiatives in the area, the development of the Plantation was designed to fit with the goals of making the village both a destination of interest and a nice place to live, says St. John’s city councillor Sandy Hickman, chair of the city’s Arts Advisory Committee and co-chair of its Heritage Advisory Committee.

A renewed building was developed from Eli’s Wharf for the Quidi Vidi Plantation, but the city was careful to ensure that the new construction didn’t take away from the area’s physical history.

“Quidi Vidi Village is iconic to our city and to our province, both to residents and to tourists,” Hickman says. “We wanted to build something that fit with the look and feel of the village.”

“They’re a pretty good group of people who keep us on our toes,” Hickman says.

The aim is to get artists in the space to the point where they can strike out on their own, perhaps renting outside studio or office space.

The Quidi Vidi Plantation benefits from the area’s historical and present-day focus on fishing. Its convenient location is a bonus as well.

“There is still some authenticity to the fisheries aspect of Quidi Vidi Village,” Hickman says, “along with the fact that it’s literally minutes from downtown St. John’s.”

In the spring of 2015, the city organized concerts in the village to bring some of the island’s musical history to one of its heritage areas.

“It’s a pretty great partnership – one of the best the city has, for sure,” Hickman says.

Potential plans for the site include offering more information on the area’s history inside the Plantation building, and possibly having tour boats stop in the area, providing tourists with another route to the village.